As a kid we used to head to the vacant lot to play ball, rather than stay home to do chores or homework.  It did not matter how many of us showed up to play, the game was always played because no one wanted to face the alternative awaiting us at home.  As a result we made alterations in the game so we could play.  We learned to create rules, such as pitchers hand out, invisible runners, and right field out.  We also developed the art of adhering to these rules because a game ending argument would require a return home with our  chores and/or homework awaiting us there.  Any disputes or rule enforcement was handled by us; we didn’t have any adults so we learned conflict resolution skills, to keep the game going. 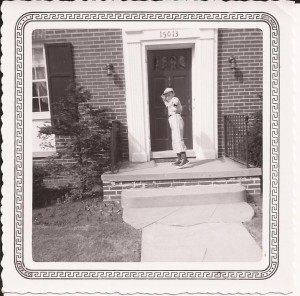 It was not  just sandlot baseball, it was on the playground at noon time, it was hide and seek (making your younger sibling count to 500 hundred by ones while you hid) , red rover, buck-buck.  All of these games and more taught us life lessons of collaboration, problem solving, and competition.

As an adult I set out to be the best parent possible.  I enrolled my son in little league, youth hockey, soccer, piano lessons, on and on and on.  What these activities all had in common was that there was no opportunity to create rules, no ownership of the rules that governed the activity, no opportunity to enforce the rules to be followed.  I coached youth hockey and it is a classic example.  Five year old hockey players follow the same rules as the pros on the same size ice rink.  If a five year old is fortunate enough to carry the puck all the way to the opponents blue line and happens to slip his skate over the line before the puck, he or she will be upset when an adult stops the play and takes the puck away.  A five year old certainly does not understand intentional off sides, as a result they are being penalized and never knowing why, by an adult that they have likely never seen before, in a game that they sometimes do not want to be playing. 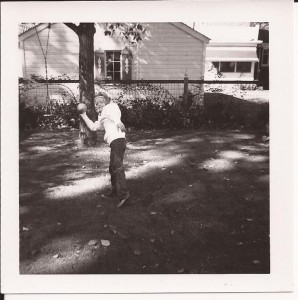 I am not being critical of today’s culture, I am simply pointing out that it is different today.  I would not necessarily advocate sending young children five or six blocks away to play ball in a vacant lot the way I did, but I think it is important that we acknowledge the differences.

We expect our young people to know the skills we learned through play, even though they don’t have the chance to learn those lessons.  We need to provide our young people with the opportunities to have those experiences in a safe environment.  That is one of the primary goals of the Youth Empowerment Solutions for Positive Youth Development (YES) program.  Not only do we give young people the opportunity to learn those life skills, but we also give them the opportunity to master them.  Young people in YES are learning how to create rules, take ownership and responsibility for their actions, enforce the rules they define for themselves and make a commitment to an activity.  It may not be sandlot baseball in a vacant lot, but we believe the results can be just as dynamic.