This past Friday, I attended a forum with a focus on gun control, gun violence, and social justice solutions. As a brief introduction, the speakers at this event were:

The event opened with a presentation by Susan Morrel-Samuels covering the ubiquity of guns in our every day language, entertainment and even fashion. She noted not only the large number of deaths due to firearms every year but also discussed the disparities in deaths in relation to both race and region. Her presentation closed with an important point in regards to gun violence vs. gun control. She illustrated that most people, including gun owners, can unite on the issue of stopping gun violence. It is only when the words ‘gun control’ are brought up that dissension comes up. An important step for implementing gun safety measures is to frame them as such instead of allowing them to be framed under the issue of gun control.

Amy Krings was the next speaker and she presented on two different models of gun violence prevention in two different cities. She highlighted her work in Boston, as a starting point for understanding the discussion. The most applicable part of her presentation was her emphasis on the principles of community organizing. It is clear that the criminal justice system cannot be the only force working to stop gun violence. We, as public health practitioners and social workers, must build upon community organizing principles to implement change in communities. This process will not be short or easy but it is critical to ensuring further steps forward. Perhaps the most poignant point of Krings talk was her mention of the fact that during her work the group responded to every single shooting with a protest. She noted that even though it was a wonderful idea to respond to each shooting this process was long, difficult and very taxing on both staff and volunteers. This is an important point to remember when starting work with communities. It will often be a long time coming before real change happens, but commitment is necessary. 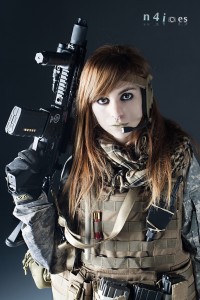 Dr. Zweifler’s talk mainly focused on introducing the organization that he is a co-founder of: Physicians for the Prevention of Gun Violence (PPVG). This organization was founded with the idea in mind that physicians are a powerful social and political bloc that should have an interest in preventing gun violence. This group has done some wonderful work in Ann Arbor in funding gun violence prevention events. However, their main goal currently is to gain more support in order to become a more powerful speaker on the issue of gun violence prevention. The PPVG’s goals might at first seem less action oriented than many public health practitioners are comfortable with. But, as Dr. Zweifler accurately pointed out in his talk, there are many parties that are very politically strong that are already working to limit gun control. It is important that the voice of gun violence prevention is spoken just as loudly both on a local and national level.

The forum ended with an informal presentation by Dr. Desmond Patton. Dr. Patton drew together many of the points that had already been raised in the previous presentations to examine the problem from a meta view. He stated the importance of understanding why it is that this conversation about gun violence is currently happening. And, the importance of both the social and economic environment in creating multiple pressures that often lead to violence.

Overall, this informative forum gave both a broad view of  evidence based solutions to gun violence and a better understanding of the multiple factors that are contributing to violence in our society. 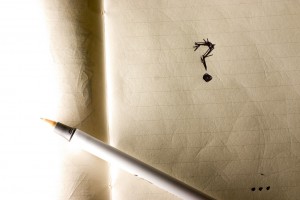