An op-ed article appeared recently in the The New York Times  discussing the Supreme Court’s decision to strike down California’s law barring the sale or rental of violent video games to people under 18.  The author, Dr. Cheryl Olson,   describes how the proposed law was based on the erroneous assumption that such games influence violent behavior in real life.

Dr. Olson suggests that the deliberately outrageous nature of violent games, though disturbing, makes them easily discernible from real life and suggests that the interactivity could potentially make such games less harmful.

She raises the question of how these two behaviors can be linked if youth violence has declined over the last several years while violent video game playing has increased significantly during the same period.

This analysis ignores the fact that such variation may be explained by factors other than the link between the two. A spurious variable–a third variable that explains the relationship between two other variables—may explain the negative correlation of video game playing and violent behavior. As one example, socioeconomic status may explain both a decline in violent behavior and an increase in video game playing. More affluent youth have the means and time to buy and play video games, which keeps them safely inside while avoiding potentially violent interactions on the street.  Dr. Olsen also cites several studies that have failed to show a connection between violent video game playing and violent behavior among youth.

This conclusion, however, may not be as clear cut as it appears.

The decline of youth violence notwithstanding, it remains a significant public health issue that requires attention.Youth homicide remains the number one cause of death for African-American youth between 14 and 24 years old, and the number two cause for all children in this age group. Furthermore, the proportion of youth admitting to having committed various violent acts within the previous 12 months has remained steady or even increased somewhat in recent years (http://pediatrics.aappublications.org/content/108/5/1222.full.pdf+html).  Although the Columbine tragedy and others like it make the headlines, youth are killed everyday by the hands of another.  A more critical analysis of the link between video game playing and violence is necessary for fully understanding a complex problem like youth violent behavior that has many causes and correlates. 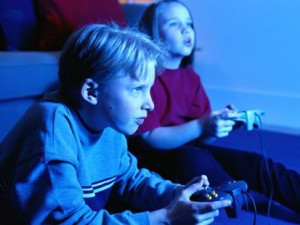 Researchers have reported experimental evidence linking violent video games to more aggressive behavior, particularly as it relates to children who are at more sensitive stages in their socialization.  These effects have been found to be particularly profound in the case of child-initiated virtual violence.

Violent video games may increase precursors to violent behavior, such as bullying

Should video games be regulated?

L. Rowell Huesmann (2010) points out that violent video game playing may be similar to other public health threats such as exposure to cigarette smoke and led based paint .  Despite not being guaranteed, the probability of lung cancer from smoking or intelligence deficits from lead exposure is increased.  Nevertheless, we have laws controlling cigarette sales to minors and the use of lead-based paint (and other lead-based products such as gasoline) because it is a risk factor for negative health outcomes.  Huesmann argues the same analysis could be applied to video game exposure.  Although exposure to violent video games is not the sole factor contributing to aggression and violence among children and adolescents, it is a contributing risk factor that is modifiable. 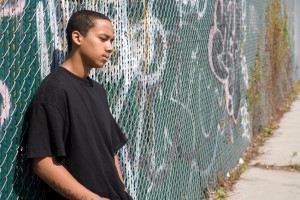 Violent behavior is determined by many factors

Finally, most researchers would agree that violent behavior is determined by many factors which may combine in different ways for different youth. These factors involve neighborhoods, families, peers, and individual traits and behaviors. Researchers, for example, have found that living in a violent neighborhood and experiencing violence as a victim or witness is associated with an increased risk for violent behavior among youth. Yet, this factor alone may not cause one to be violent and most people living in such a neighborhood do not become violent perpetrators. Similarly, researchers have found consistently that exposure to family violence (e.g., spousal and child abuse, fighting and conflict) increases the risk for youth violent behavior, but does not necessarily result in violent children. Likewise, researchers have found that first person killing video game playing is associated with increased risk for violent behavior, but not all the time. Yet, constant exposure to violence from multiple sources, including first person violent video games, in the absence of positive factors that help to buffer these negative exposures is likely to increase the probability that youth will engage in violent behavior.

Despite disagreements on the exact nature of the relationship between violent video game playing and violent or aggressive behavior, significant evidence exists linking video game playing with violent behavior and its correlates.  Although we are somewhat agnostic about the role of social controls like laws banning the sale of violent video games to minors, an argument against such social controls based on the conclusion  that the video games have no effect seems to oversimplify the issue. A more in-depth and critical analysis of the issue from multiple perspectives may both help more completely understand the causes and correlates of youth violence, and provide us with some direction for creative solutions to this persistent social problem.